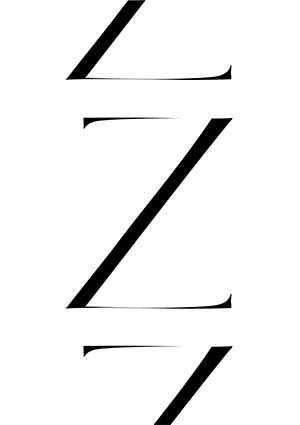 Bleeding Black Noise is a revision of Steven Parrino’s statement “My relation between Rock and visual art: I will bleed for you.” Here the curator replaces Rock with Noise, and celebrates the Bleeding as a release of the Black Noise, raw energy and formless potential.

This exhibition is designed to appear near large bodies of water. In winter 2016 it premiered on the shore of the Great Lakes, in Chicago (US), during the season when the melted ice and city-street sludge mix in ecstatic swirls of primordial fluids, and when the snow causes audiovisual sensations to move to the forefront and include the perceiver within the elements themselves. In autumn 2017 it will reappear in Den Haag (NL), situated next to the North Sea in a region that is below-sea level, during the rain season, where the dark low-lying clouds echo the dark low-lying earth, and black canals snake across the city with opportunities for scrying.

.blacK~SSStaTic_darK~fuZZZ_dOOm~glitCH. is a screening program inspired by storms and digital sorcery or, more pointedly, it is an assemblage of lights and sounds to elicit a chaotic vortex of smudgy black charcoal that is streaked with freezing water, painted on celluloid, stained by sea creatures, hexed through new media, and entranced by guitar riffs. Artists included are Aldo Tambellini, Cultus Sabbati, Gast Bouschet and Nadine Hilbert, jonCates, mojo (for Aluk Todolo), Reto Mäder and Daniel Steffen (for Ural Umbo), Alexander Stewart, and Semiconductor.

The Fortieth Day is the duo of Isidro Reyes and Mark Solotroff whom utilize guitar, bass, drum machine, and analog synthesizer to create epic, blackened, psychedelic-industrial drone soundscapes, which have been likened to “plovers picking a crocodile’s teeth.” Noise Crush is the moniker of Lisa Slodki, who works with a battery of VCRs to create real-time performances, using a tape loops and found footages that are layered and decayed. This video is an audiovisual documentation of their performance at Sector 2337, Chicago, in 2016.

Aldo Tambellini is an experimental artist working in performance, film, video, sound, painting, sculpture, and poetry. He is perhaps best known for his explorations of black, the color and surrounding concepts, and his electromedia performances. Black on Black is a short video, released in 2009, which features Aldo Tambellini’s Black Poems, read by Neiel Israel and Askia Touré. The video features the poems’ text. “Words form spirals and a sphere that enters the consciousness like an eternal chant “Creation and Destruction. Destruction and Creation.”

Les Horribles Travailleurs
Les Horribles Travailleurs is Max Kuiper, who has been active in the field of sound since January 1982. He describes, “… first the sound is heard of the knife, cutting the being from the false language …” His performances are Soundcollages, music, sound-poetry, installations (some of them interactive), exhibitions with sound and visual works combined, live performances in combination with installation (and video), collaborations, and remixes.